Faced With a Pervasive Cloud, Companies will Build on the PaaS 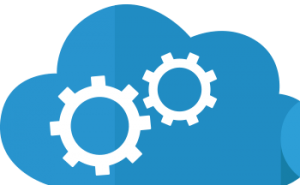 The cloud will take more and more space in IT spending and business needs in the matter will be complicated, opening the way to PaaS and IaaS. These are the conclusions that could be drawn from two studies published this summer by IDC and Gartner.

If the rise of cloud in enterprises, whether public or private is indeed well established, it appears that their approach in this area tends to be more structured. So if one believes the forecasts of Gartner, the cloud strongly marked the keys, directly or indirectly, the IT spending. Even altering the structure of the IT market, the firm understands the cloud is expected to impact the whole market up to 1000 billion dollars in 2020.

Companies continue to spend IT in the cloud (a process that Gartner calls “Cloud Shift”). In 2016, the firm expects spending on the cloud to reach $111 billion, and the figure will reach to $216 billion in 2020. Gartner calculates the difference between IT spending in the traditional IT and those in the cloud, on the same technological segments.

If logically, cloud confirm its distribution model space and consumption of IT in the coming years, it appears that business requirements follow the same curve.

If the SaaS has long led the cloud segment driving growth, characterized by its ease of implementation, its billing subscription, as well as its standard mechanisms, PaaS and IaaS could turn up in power in the years to come. Growth and IaaS PaaS segments will thus be faster than that of SaaS. This is what IDC thinks its side.

In its latest forecast, the analyst firm put in effect on an increase in the public cloud within the next five years. No longer driven by the SaaS but by the PaaS and IaaS. According to IDC, the public cloud is expected to generate some $195 billion in 2020, against $96.5 billion this year.

While some companies have indeed sold their traditional applications to a SaaS model, publishers have either expanded their catalog of a SaaS offer or businesses have migrated to pure players in the sector.

However, all will not propose SaaS equivalent. To migrate to the cloud, companies will then bet on a lower layer to build their business applications – the PaaS.

Another possible explanation is the need for companies to manage the development and integration of cloud toward the SI or between cloud services. Again, PaaS offers an option of choice.

Until the PaaS was considered the poor relation of the three layers of cloud. But with the ubiquity of the cloud model, its acceptance by businesses and the increasing complexity of IT, this brick could become unavoidable.