Billing for cloud technology infrastructure (servers, storage, and Ethernet switching) increased by 3.9% in the first three months of the year to stand at $6.6 billion, while a reduction in demand is observed in the field of the public cloud.

According to IDC, cloud revenues accounted for 32.3% of total turnover in the IT sector, 2.3 percentage points more than in the first quarter of 2015. Revenue from sales related to private cloud grew by 6.8% to $2.8 billion, while public cloud rose 1.9% to 3.9 million.

The total spending on IT infrastructure products comprising the server, enterprise storage, and Ethernet switches will increase by 15.5% in 2016 to reach $37.1 billion for cloud deployments. By comparison, revenues from non-cloud traditional infrastructure experienced an annual fall of 6%. In this case, the results have penalized the decline in sales of servers and storage, a reduction that has not been offset by growth in the area of Ethernet switches.

“Private cloud deployment growth also slowed, as 2016 began with difficult comparisons to the first quarter of 2015, when server and storage refresh drove a high level of spend and high growth. As the system refresh has mostly ended, this will continue to push private cloud and, more generally, enterprise IT growth downwards in the near term,” added Stolarski.

From a regional perspective, where sales grew more it was in the Middle East and Africa (almost 26%), followed by Central Europe (20.6%), Asia-Pacific (excluding Japan), which made it by 18, 5% and Canada 9.5%. There are also regions where sales have been lower if compared to the first part of 2015. Revenues fell 22.2% in Latin America, 4.1% in the US and an insignificant 0.1% in Central Europe and from the east.

In the long term, IDC expects spending to grow at a compound annual rate of 13.2% by 2020, and will reach $59.5 billion. This would represent 48.7% of the total invested in the enterprise IT infrastructure. Also at that time, the public cloud service providers (CSP) will spend 38.4 billion in infrastructure to provide services, while spending on private environments will reach 21.1 billion. 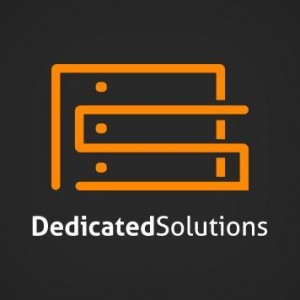 The market for cloud infrastructure-as-a-service matures and develops very quickly. Strategic suppliers must be chosen carefully. Leading IT users expect more from your service providers.

Successful IT outsourcing providers offer a broad, profound service offering that is a variety of IT infrastructure and. As changed the composition of IT services, depending on the priorities of the company, IT departments need access to a complete range of reliable IT services.

DedicatedSolutions enjoy recognition as the leader in hybrid IT structures with the practical experience that allows us to make the right mix of technology modules locate depending on the needs of your company, your workload and the expectations of the end user.

DedicatedSolutions may help you to get the right mix of IT services from a single competent and reliable partner.

DedicatedSolutions offers a wide range of quality hosting products, all designed to give you the very best possible conditions to host your site or to run your business. From small shared accounts, through reseller accounts, virtual private servers and up to fully managed dedicated servers, you can find it with us.

We have the agility, scalability, and security that is expected of an enterprise-class cloud and is also supported by an industry-leading global network. DedicatedSolutions provides a hybrid-enabled cloud with all the controls, automation and advanced functions that are required for the promotion of business solutions. You get cloud infrastructure, platform services, orchestration and managed services in a single, integrated platform of DedicatedSolutions.